Every summer brings loads of snake friends. Dr. Copitch captures them and relocates them a little further away from people. Most of the time the snakes just put up with Dr. Copitch relocating them. This particularly healthy fellow was a grumpy and fast individual. He showed off his fangs and shook his rattle threateningly. He did not like the idea of being relocated.

Did you know?
• Rattlers get a new rattle segment each time the snake sheds its skin? This happens normally about 3-4 times per year.
• Baby rattlesnakes are born with only one segment on their rattle called a button.
• The rattle is noiseless until the baby rattler sheds its skin for the first time and adds another segment to the button.
• The rattle makes noise when the segments click against each other. 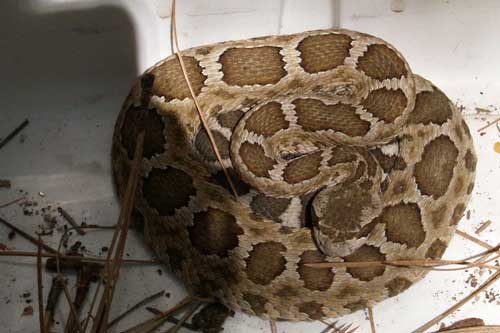 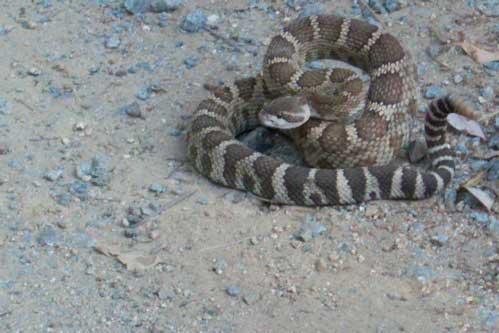 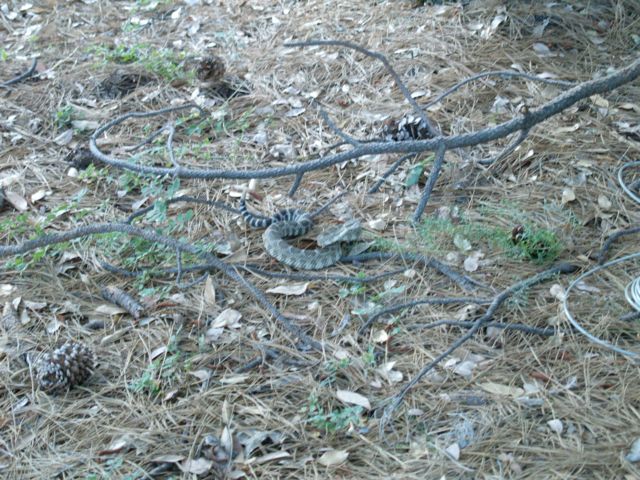 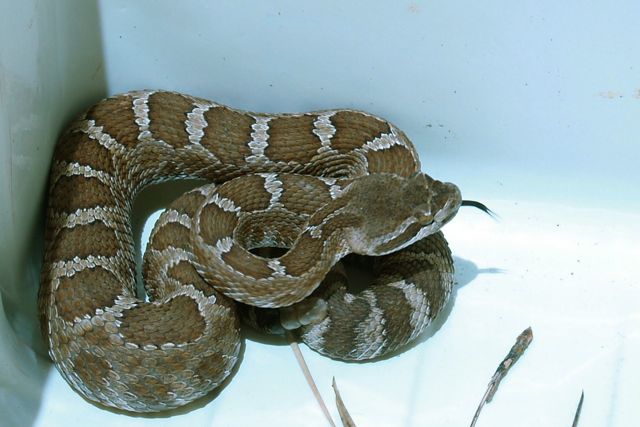 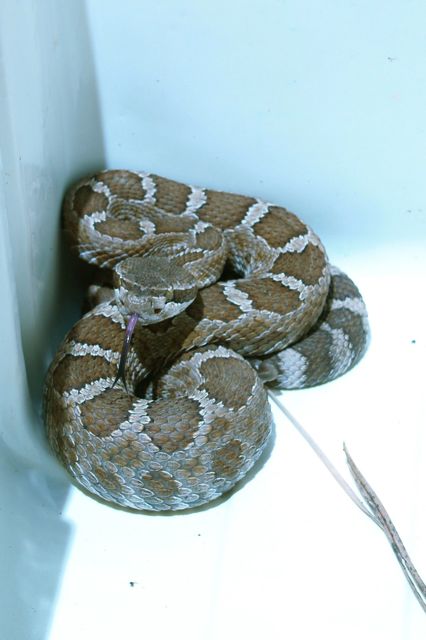 This baby rattlesnake was only about 12 inches long. Did you notice her purple tongue? This little snake is too young to make the very helpful "rattle" sound to warn you, you are in danger. But, she can still bite if she is scared. Even though she is small, she is venomus.

This friendly bear wanted to know what Dr. Copitch does on the weekends. He checked out the wood working shop and enjoyed sniffing the chain saw. He is a handsome 2 year old boy of about 250 lbs. Odin has enjoyed chasing him back into the woods a few times. 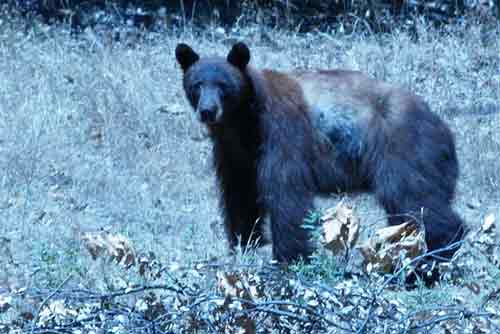 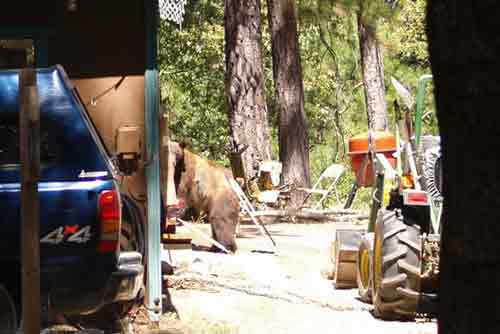 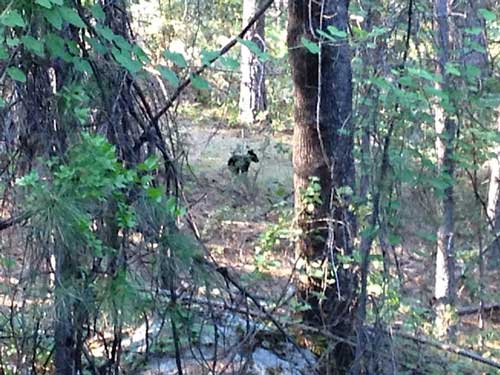 Young black bear. Do you see the mommy?

We didn't either so we kept our distance. 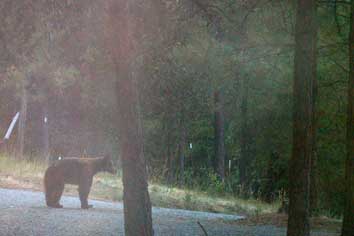 This black bear was waiting for more cars to come home.

Where did that llama come from?

We never found out where this llama came from or where it went to. We nicknamed him Lloyd. He visited on and off for 4 days. Odin didn't seem to mind as long as Lloyd stayed at the tree line, 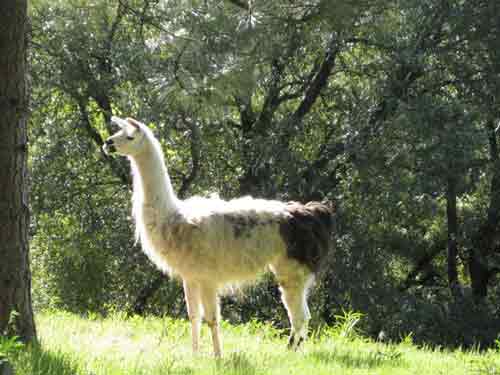 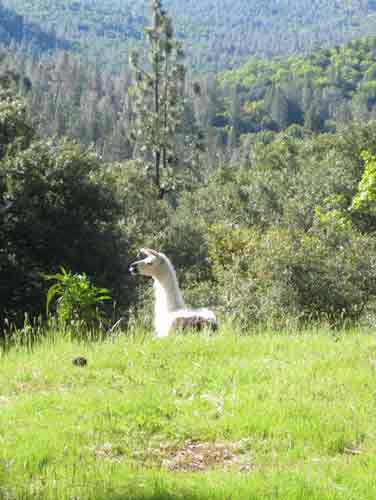 This Red-tailed Hawk let us know it was watching.

This female Ruby-throated hummingbird got caught in spider webs and tuckered herself out trying to get free. Mrs. Copitch carefully removed the webs and waited for the friendly bird to catch her breath.

This Ruby-throated hummingbird is being stalked by a praying mantis. The mantis is a powerful predator that can kill and eat a hummingbird, but not this day. 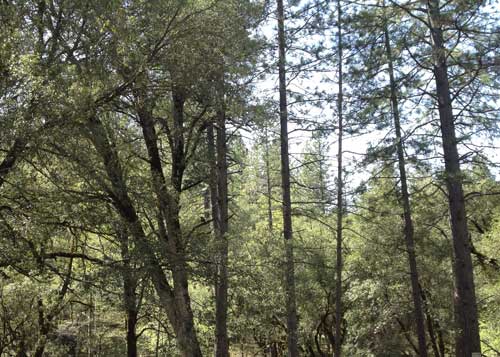 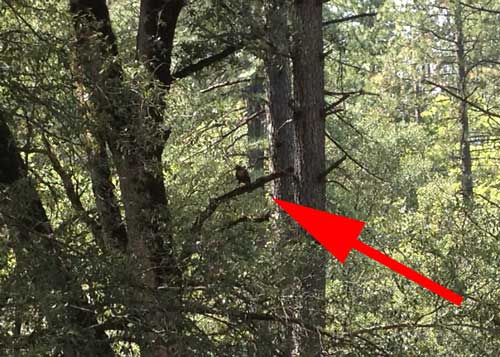 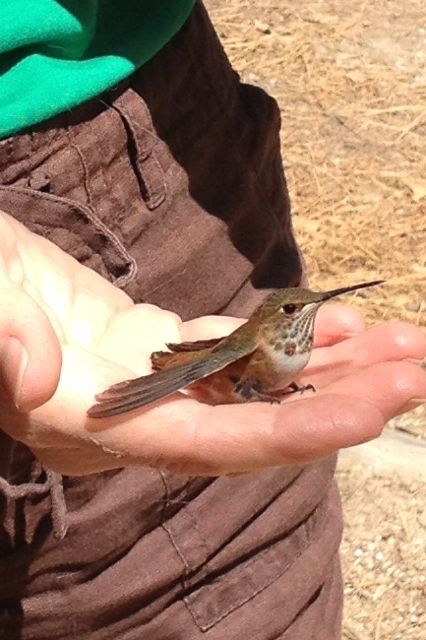 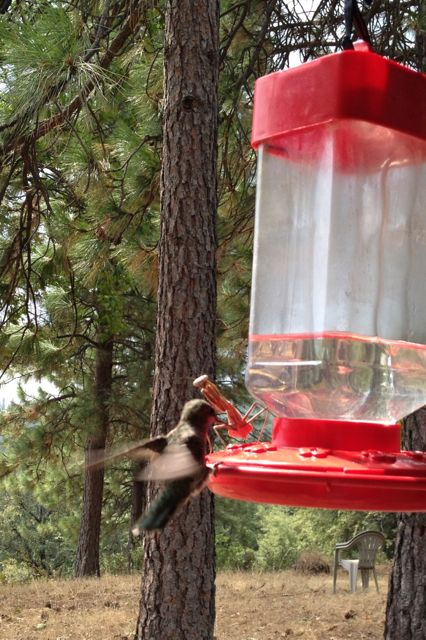 One night Odin was very upset by a noise in the backyard. It turned out to be this baby owl practicing flying. He would fall/fly from the tree and thud on the ground. Then, get its energy and fly back up into the tree. The baby owl practiced for hours.

The green thing by the baby owl is Odin's toy. He never puts his stuff away.

Mom owl watched and whoooooooo-ed her encouragement. Odin was not happy with the thudding. 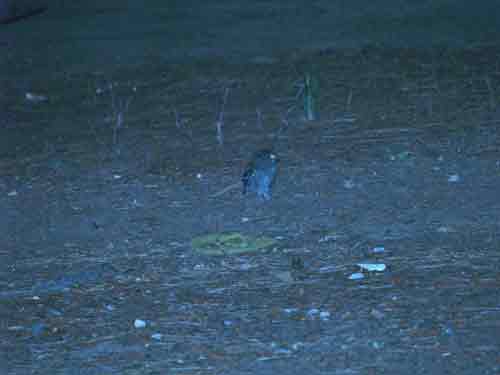 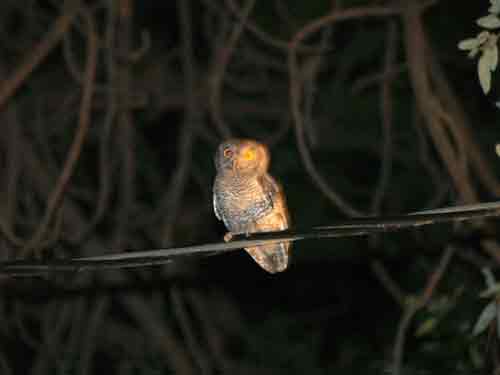 This little lady was very protective of her 3 egg sacks. After a few minutes, she settled down and let me take a picture of her belly showing off her red hourglass. This is a very healthy Latrodectus Hesperus, commonly called the western black widow spider. Latrodectus Hesperus males tend to be light brown with tan swirls. They often mate many times in their short lifetime. So the name "black widow" is a bit of an exaggeration. Males are about half the size of females. Black widows are highly venomous. 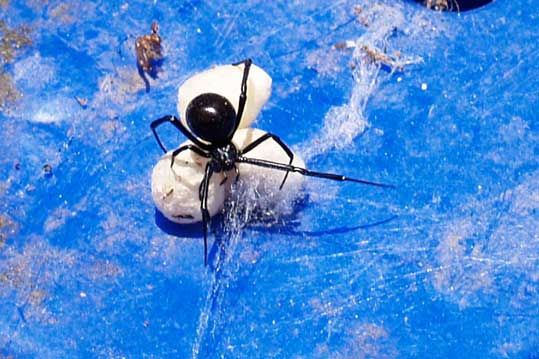 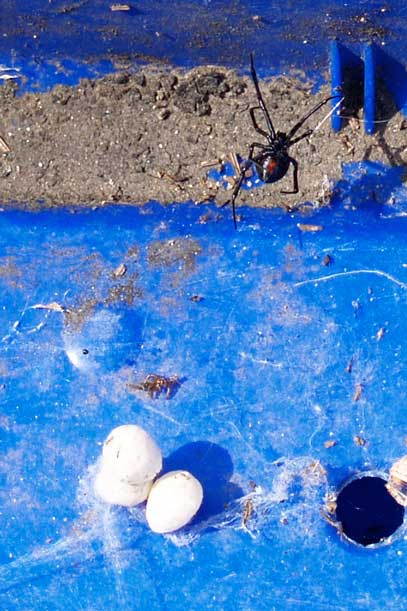 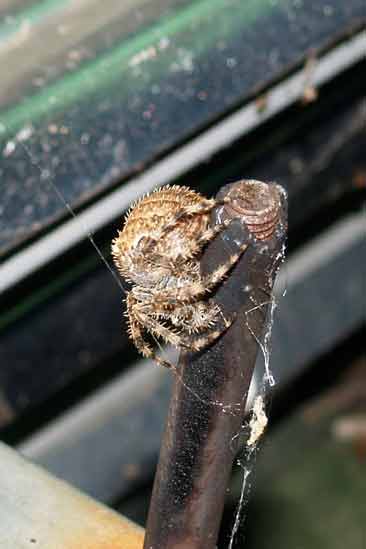 This is an Orb Weaver Spider.
I found her during a night hike around midnight.

She surely is a big girl. Isn't she pretty!

We have indoor and outdoor cats on Copitch Mountain. These next 2 photos are definately outdoor cats. 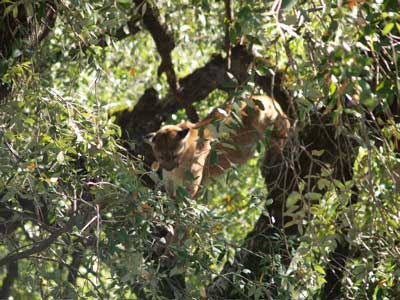 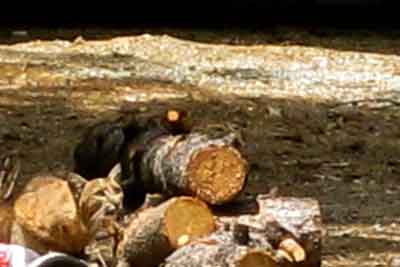 Cougar in front yard tree. We don't see cougars often. This young lady visited for about half an hour, then went on her way.

This little friend is a lynx, subspecies of bobcats (lynx rufus). They tend to be very shy, but Mrs. Copitch spied this one from the kitchen window. This was a tricky picture, but she got it.

You can't sneak up on a Lynx... they tend to do the sneaking up!