Dr. Phil likes big pets. Mrs. Copitch will not let him have a bear. 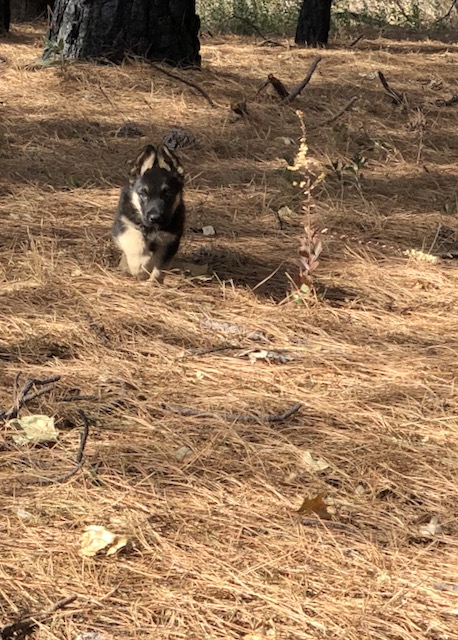 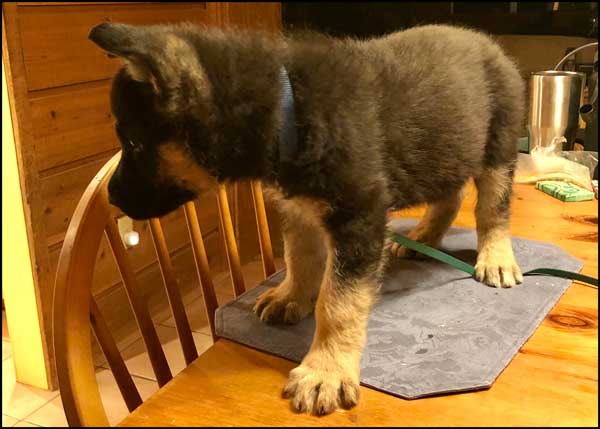 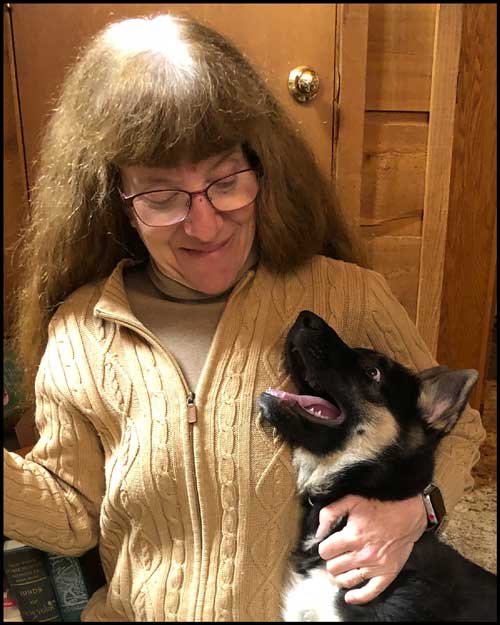 Zeus - first day home and the only day he is allowed on the table. 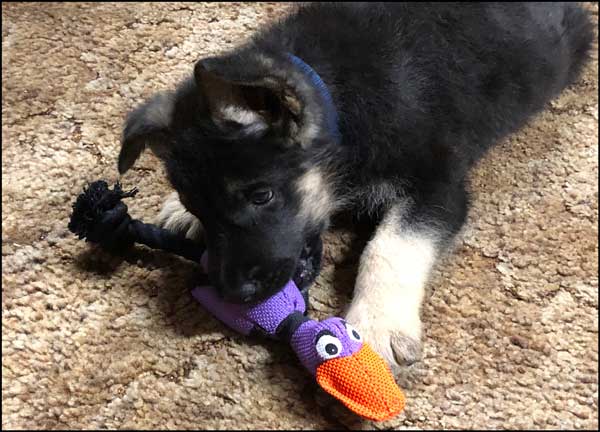 Zeus is growing fast. Here he is at 8 weeks old. 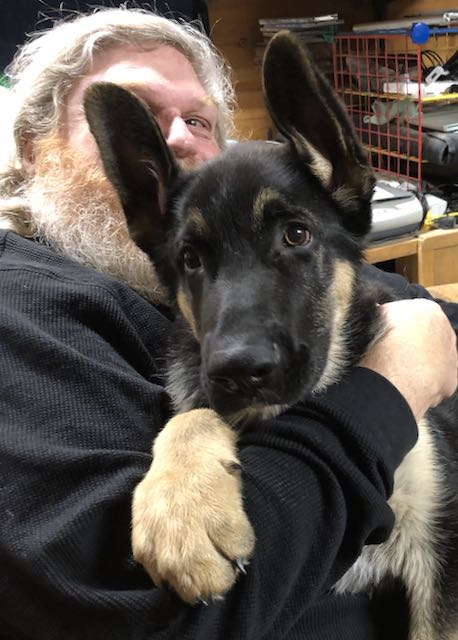 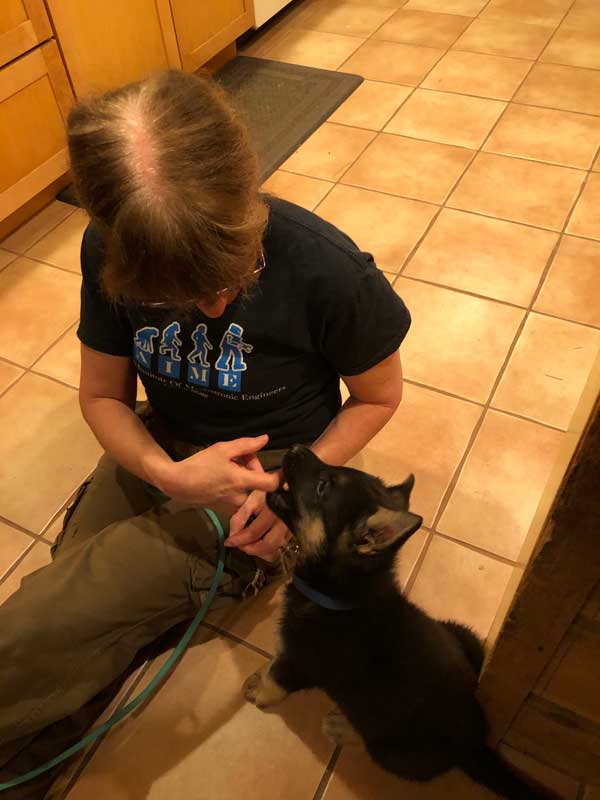 Biscotti - The boy cat that acts like a dog 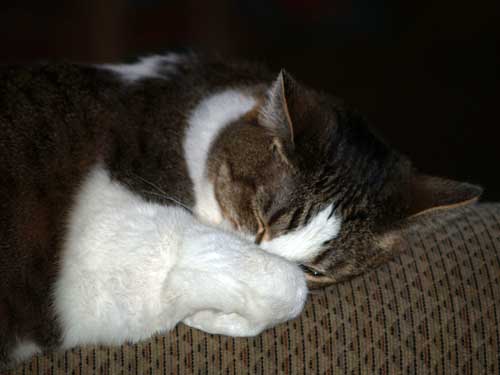 This is pretty much all Nekko does. 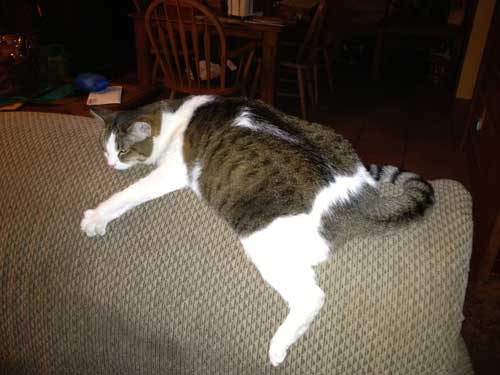 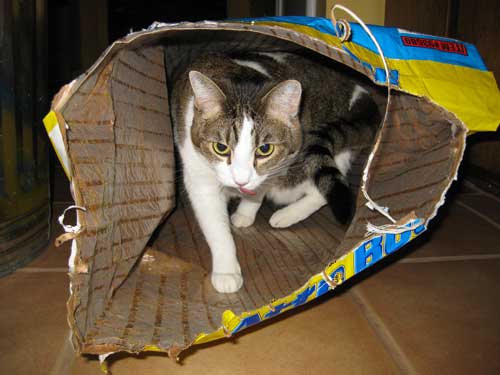 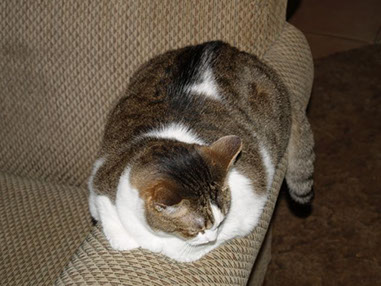 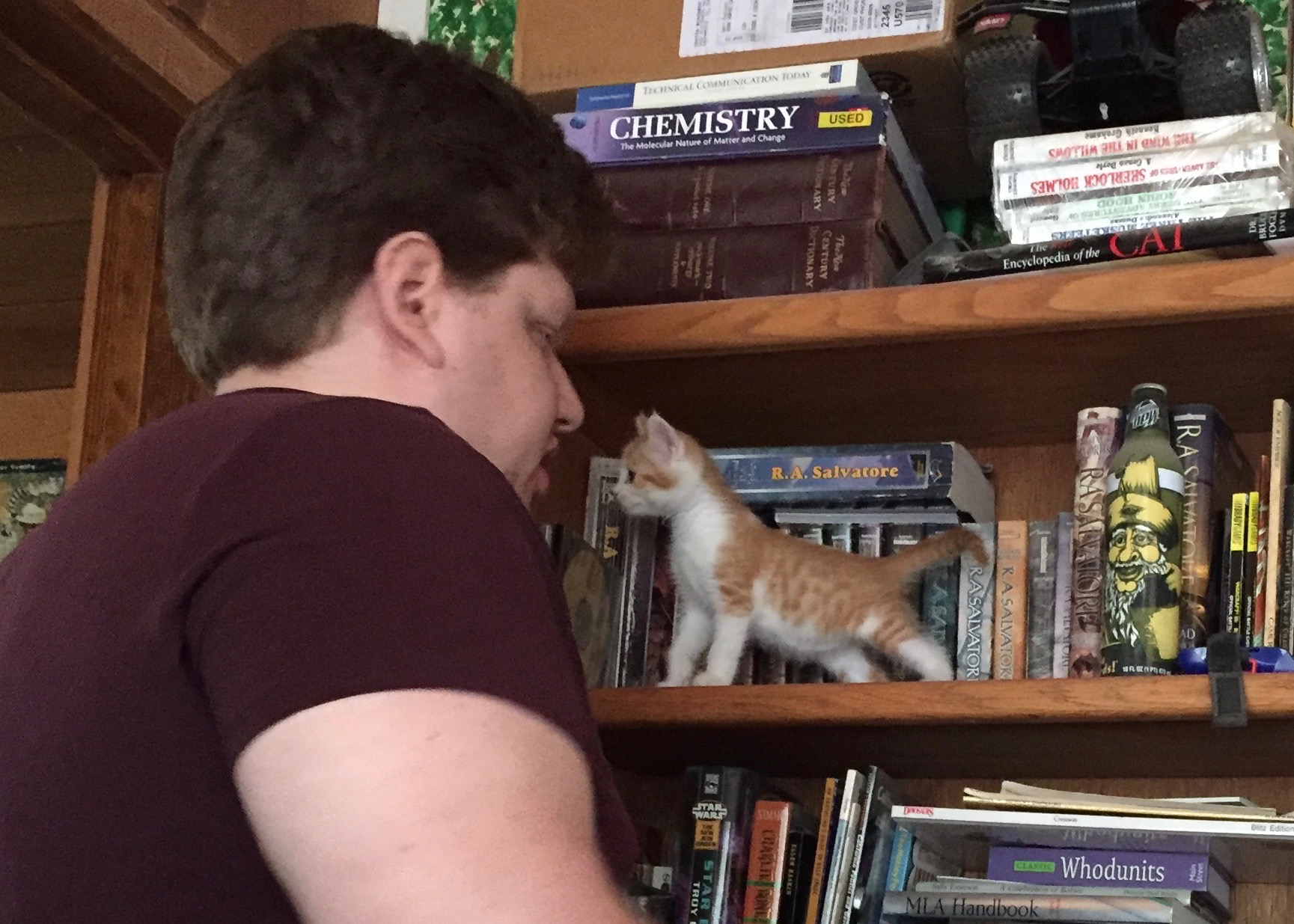 Biscotti joined the family and is telling Josh about how he runs the house now! 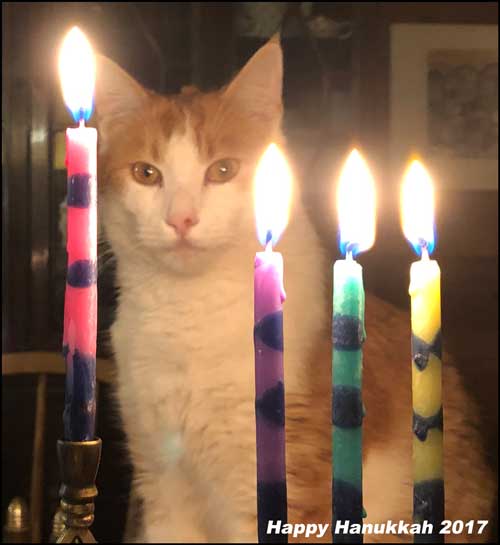 Zeus was king of the ancient Greek gods. He is known as the god of thunder and sky. Puppy Zeus will have to do some cerious growing to earn the repsect of the other dogs, I mean gods.

Nekko - The pillow with claws 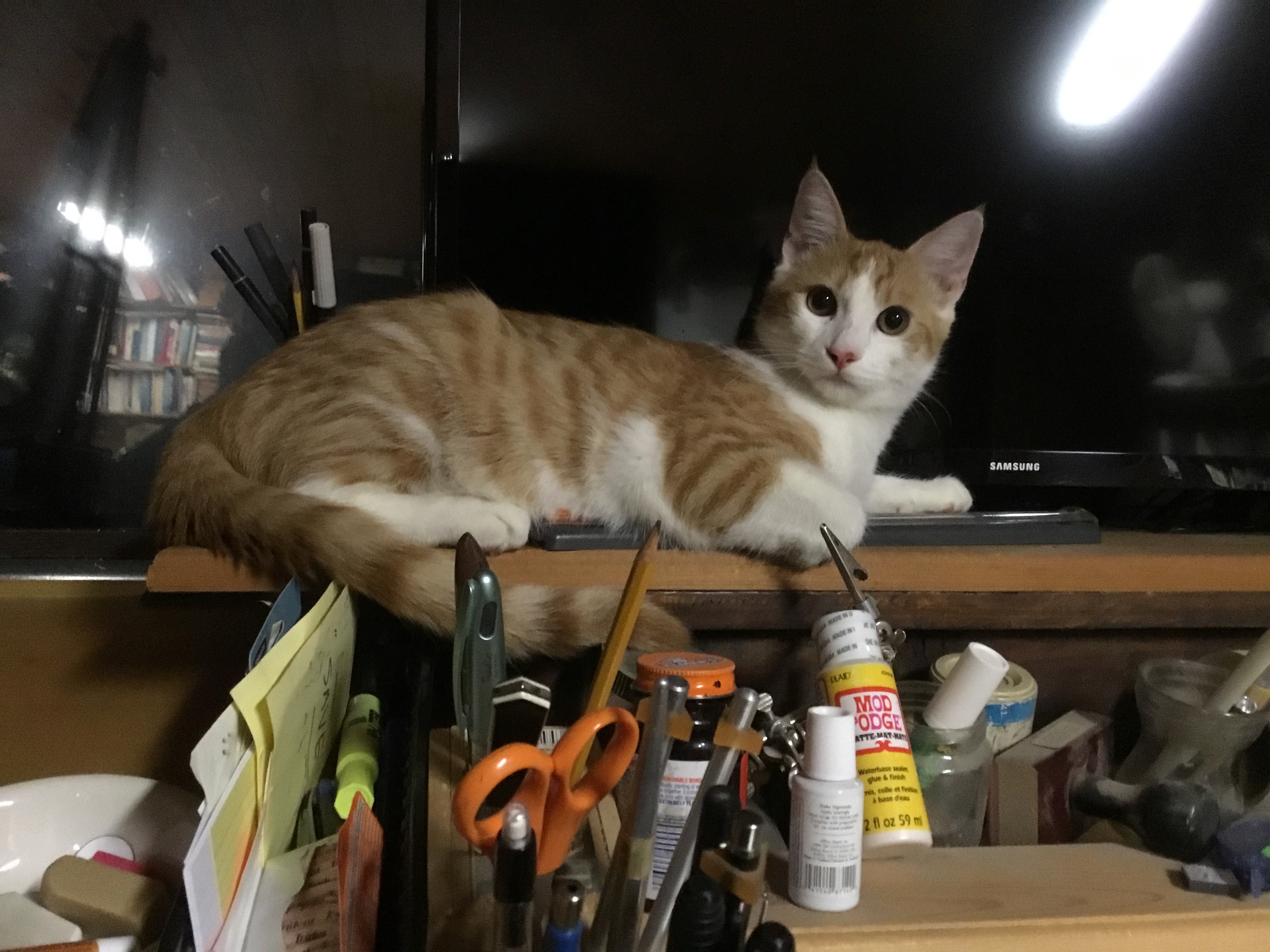