He lived with the Copitch family for 13 years until 2019. 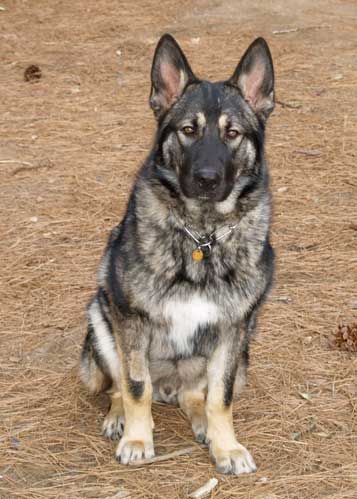 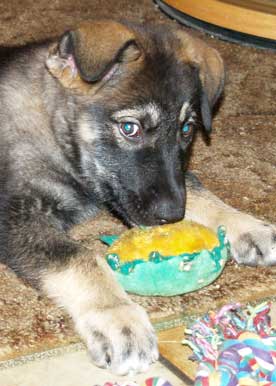 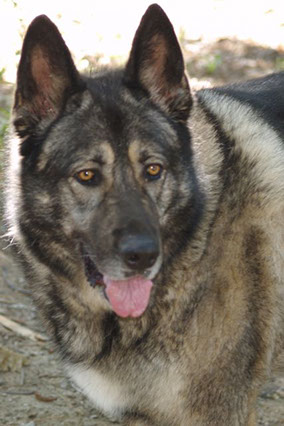 Odin at 8 weeks old with sunflower stuffie by the nose

This is the look Odin gives you if you have something in your hand that he wants. It could be a ball, a bone, or just your hand. All he knows is that he wants it. He is very playful that way. 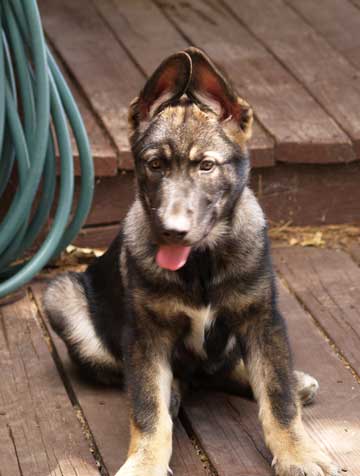 Odin is getting so big, 181 pounds, that he takes up the whole step. He likes it when you crawl over him. 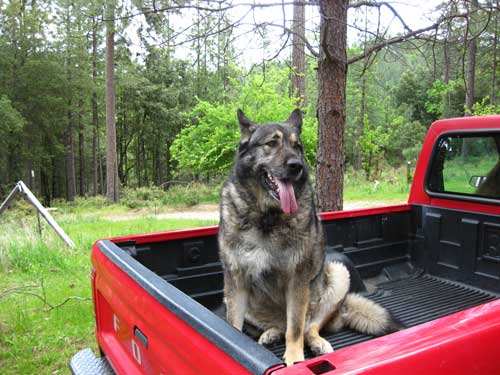 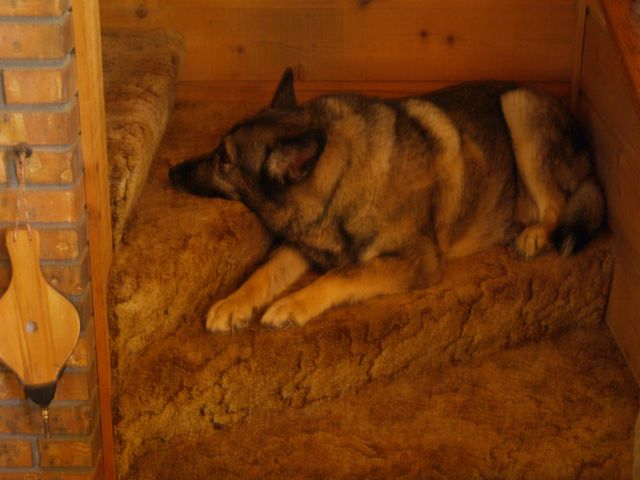 Odin wants to go for a ride in Josh's truck.

Odin is named after the mythical Norse god of victory, father of Thor. He is half German Shepherd and half Gray Wolf. Unlike his namesake, Odin is a genial soul who often wants to sit on your lap. He presently weighs 181 pounds.